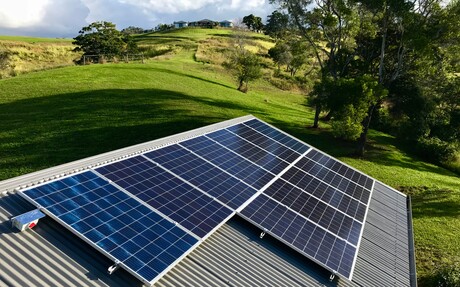 Queensland regional households and small business solar panel owners are due to receive a cost of living boost, with a 41% increase in the solar feed-in tariff.

Minister for Energy, Renewables and Hydrogen Mick de Brenni said the Queensland Competition Authority’s regional solar feed-in determination would save about 150,000 customers up to $200 a year.

De Brenni said the QCA’s determination was further proof Queenslanders were benefiting from the Palaszczuk government’s backing of renewables. “We know Queenslanders have backed solar, with the highest penetration of rooftop solar in the world,” he said.

“This determination means even more relief for family budgets and small businesses outside the south-east, money that will be spent throughout communities across regional Queensland.”

Queenslanders will also receive a $175 Cost of Living Rebate on their next power bill, bringing to $575 the dividends Queenslanders have received over the past four years.

The Minister said the Queensland Competition Authority had pointed to the impact of the invasion of Ukraine on gas prices in its determination. “We’re working hard to keep downward pressure on prices because every dollar counts right now for Queensland households.”

The Clean Energy Council has issued a response to the Energy Security Board's high-level...