Qld to invest in its largest battery yet 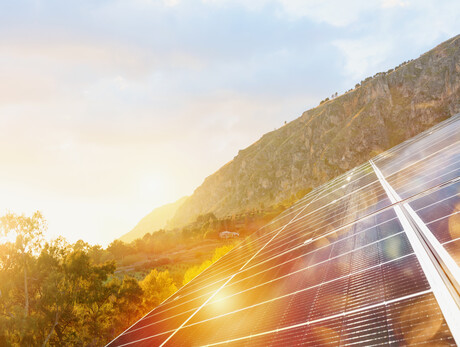 The Palaszczuk government will invest funds from the 2022 Queensland Budget in building the state’s largest utility-scale battery, as part of its plan to increase Queensland’s energy storage capacity and shore up the state’s energy independence. The 400 MWh battery at Greenbank will be one of 13 large-scale batteries to be rolled out across the state, according to Treasurer Cameron Dick.

Pointing out that Queensland has one of the highest rates of rooftop solar installation in the world, Dick said: “Large-scale batteries like the one planned for Greenbank allow us to capture the energy generated by Queenslanders, and best use it for Queenslanders. These batteries also power progress towards our 50% renewable energy target by 2030.”

Minister for Energy, Renewables and Hydrogen Mick de Brenni said energy storage is the key to unlocking Queensland’s renewable energy revolution and driving down power prices, noting that while the Budget had also backed pumped hydro storage projects in Kidston and Borumba, batteries are the form of storage that could be placed most speedily into the network.

“The Greenbank battery will be a game changer in the way we operate the grid and will be critical for soaking up our sunshine and wind to feed into the system when Queenslanders need it. It is part of an innovative partnership between Queensland’s publicly owned CS Energy and Powerlink, delivering even more reliable, cheaper and cleaner energy for Queenslanders,” he said.

De Brenni said the recent national Energy Ministers Meeting had produced a clear consensus on the need to address the ongoing global impacts on the energy market.

“That consensus was to deliver more renewables and storage, and that’s exactly what we’re doing,” he said.

“Queensland’s publicly owned power companies are already investing in 430 MW of batteries and today’s commitment will grow that capacity to more than 720 MW. After successfully installing five network-connected batteries between Townsville and Toowoomba, Energy Queensland will now deliver a further 12 batteries across the state, each up to 8 MWh.”

Powerlink Chief Executive Paul Simshauser said the battery will support Powerlink’s important role of guiding Queensland’s energy transformation. “We are very pleased to partner with CS Energy, who already play a key role in our energy industry in this state and now will be helping to drive Queensland’s energy future,” he said.

“Adding firm, fast-start generation assets to our portfolio will enable us to more effectively respond to changing demand in the National Electricity Market,” he said.

Energy Queensland CEO Rod Duke said the increased number of batteries on the Ergon and Energex networks will allow for better management of the ever-increasing levels of renewable energy being generated. “Having more storage capacity will enable us to move electricity in both space and time, and that will lead to greater network stability and reliability for customers,” he said.

Powerlink will shortly be contacting landholders close to the Greenbank battery site as details of the project are finalised.