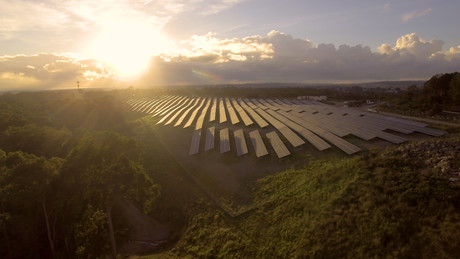 The City of Newcastle has arranged to become the state’s first council to switch to 100% renewable energy for its power needs.

The council has signed a 10-year power purchase agreement with Flow Power to source electricity from the state’s Sapphire Wind Farm.

The agreement means that from the start of next year, the City will purchase enough renewable energy to meet 100% of its operational energy requirements

It has also been tailored to save local ratepayers a combined $1.8 million over the 10-year term, according to Lord Mayor Nuatali Nelmes.

“Our power purchase agreement means enough clean energy will be put into the grid to power every sportsground floodlight, local library, park barbecue and any other facility Council operates,” he said.

“Drawing all our energy needs from renewables is a significant achievement for the City and our mission to make our operations more sustainable and cost-effective.”

The council currently generates around 0.5 MW from solar energy from panels on the roofs of 10 of its facilities, and will soon be generating 5 MW from a solar farm at its landfill site west of the city, the Lord Mayor said.

“Any excess electricity that we sell back into the grid during the day will fetch a better price than the power we will be purchasing late at night for street lighting, so that’s why the Sapphire Wind Farm is a good fit for us.”

The Sapphire Wind Farm was developed by Newcastle-based CWP Renewables, and generates enough energy to power around 115,000 homes per year. CWP Renewables is building a portfolio of wind and solar plants across Australia capable of generating 1300 MW of power.

The Climate Council has welcomed the announcement, with Climate Council Power Partnership Director David Craven stating that Newcastle has emerged as a leader in Australia’s renewable energy transformation.

“I’d like to congratulate Newcastle for leading the charge on renewables, becoming the first local government in the state to make the switch to 100% renewable energy,” he said.

“Newcastle’s willingness to invest in big, effective projects and innovative solutions, such as its newly signed power purchase agreement, have seen it streak ahead in Australia’s local government renewables race.”