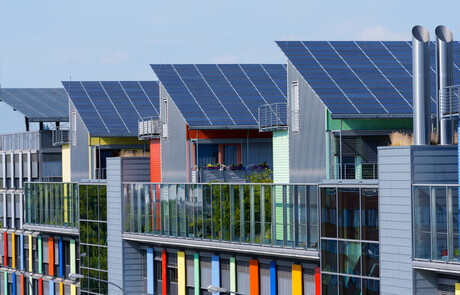 The Australian Energy Market Commission (AEMC) has announced that new compulsory standards are on the way for household energy technologies that connect to the power system, including solar panels.

“These new minimum technical standards are part of a raft of changes we are looking at to futureproof the power system so it can confidently handle more solar,” said AEMC Chief Executive Benn Barr.

“The rapid uptake of solar means we must act now to make sure this technology and the system it uses work hand in hand.

“We need to keep pace with the change underway — nearly three million households and small businesses have taken up solar, and the demand for household batteries and electric vehicles will increase over time.

“These new standards allow us to do two important things at once: welcome more new technologies into the power system and at the same time help protect grid stability. The more we keep the system stable, the more solar we can connect up and the faster we can decarbonise,” he said.

The new standards will apply to inverters and will ensure that household energy systems won’t trip or disconnect when there are voltage disturbances on the network.

The change is forward-looking rather than retrospective, and so will apply only to new and upgraded systems rather than existing ones. It applies to all jurisdictions in the National Electricity Market and will take effect from December 2021.

Many manufacturers have already begun to upgrade their systems after similar changes were introduced in South Australia in late 2020. This work is part of an ongoing and larger-scale project to embed solar and other distributed energy resources into the overall power system.

Other changes being considered by the AEMC include how to change the pricing structure to give incentives to owners of distributed energy resources to export power when it is of most value to the system.

The Energy Security Board is also considering the issue of integrating distributed energy resources, with recommendations for public consultation due next month.

“It’s imperative that we make sure the right structures are put in place to support a whole new energy mix and a very different looking power grid than the one we’ve relied on in the past,” Barr said.

“But we need to do this in a way that helps more people to connect, protects those that don’t, and helps the system run smoothly overall. This means restructuring the system, including the market incentives and rules.”

The new standards follow a rule change request from the Australian Energy Market Operator (AEMO) seeking to set up a framework for AEMO to set minimal technical standards.

The AEMC has decided to use existing rules and industry frameworks rather than establishing a new set of arrangements, because it will be faster and less costly to implement. This means the standards will more quickly be able to address the concerns of the Energy Security Board and AEMO about the impact that inverters tripping can have on the total power system.

The December launch date will mean manufacturers will have enough time to prepare for the change. The new framework will also be flexible, so that changes to the Australian standards over time will automatically apply.