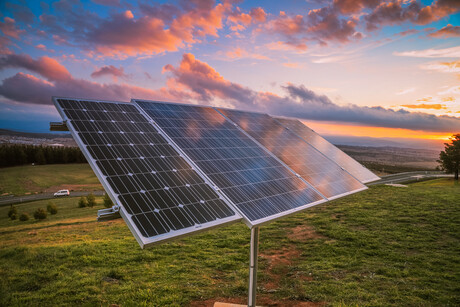 The roadmap was developed in collaboration with the Australian Energy Market Operator (AEMO) and is based on input from leading Australian and international system operators and research agencies from the Global Power System Transformation (G-PST) Consortium. The consortium adapted key research questions to an Australian context, with the goal of supporting Australia’s energy transition in the long-term interests of consumers. The research areas they identified address the challenge of rapid change faced by Australia’s National Electricity Market and Wholesale Electricity Market.

Australia’s electricity systems face several key challenges, including aging infrastructure, increasing complexity and the need for investment in transmission and distribution. The roadmap summarises the outcomes of nine individual research plans, including their criticality to Australia’s energy transition, which research should be prioritised and how the research could form individual programs.

The key research topics are:

CSIRO’s Energy Systems Research Director, Dr John Ward, said the roadmap could help forge a clear pathway to the integration of low-emissions electricity. “Across the energy system we are seeing a significant increase in renewable-generated electricity, combined with an increase in electricity requirements such as in transport, buildings, manufacturing and mining,” Dr Ward said.

“The cost of renewable energy is no longer the challenge — integrating renewable energy securely and efficiently into our electricity systems, and ensuring we have the right operational tools and capabilities in place, is what we need to solve.

The roadmap targets areas that will ensure ongoing energy security and reliability for Australian consumers, and an efficient and effective investment in infrastructure. Following industry consultation, CSIRO will use roadmap priority areas to create technological stepping stones for further innovation while remaining adaptable to inevitable further change.

“Australia is investing in renewable energy at a faster rate per capita than any other country. As Australia’s energy market operator, we’ve seen average renewable energy contribution increase to approximately 40% of total or underlying demand, along with five-minute interval peaks above 60%. In addition, consumer rooftop solar PV is pushing grid-scale generation out of the market under certain daytime conditions, setting minimum operational demand records across the country.”

Gatt said the CSIRO Roadmap, together with the AEMO Engineering Framework and upcoming Operations Technology Roadmap, is where “the rubber hits the road in terms of providing a guide for government, industry and academia to work together to deliver a major step in achieving a net zero emissions economy by 2050 — engineering net zero energy systems”.

“We need timely, multidisciplinary expertise and collaboration to identify and resolve the engineering and system issues involved in decarbonising Australia’s power systems. This is how we will keep the lights on for consumers while enabling an orderly transition to a safe, reliable and affordable net zero energy future.”

The G-PST consortium intends the roadmap to create a meaningful and holistic solution to Australia’s energy transition. CSIRO will soon be seeking input for phase 2 of this work.