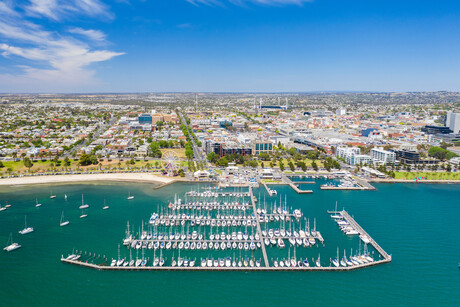 Geelong Sustainability, RACV Solar and Mondo have celebrated the success of the Geelong Community Solar Program, which will see 2.5 MW of renewable energy capacity installed across the shires of Greater Geelong, Surf Coast, Colac Otway, Golden Plains and the Borough of Queenscliffe.

The program, a Geelong Sustainability initiative delivered by RACV Solar and Mondo, was open to homes and businesses across the region.

In addition to making a meaningful contribution to Victoria’s target of generating 50% renewable energy by 2030, it’s estimated the 2.5 MW being added to the grid will save more than 2000 tonnes of carbon emissions each year — with the capacity to power around 700 homes.1

RACV Solar CEO Andy McCarthy said the program, strongly supported by local councils and community groups, was an example of the significant role solar power can play in a cleaner energy future.

“We’re so pleased with the uptake in the Geelong Community Solar Program — it is a testament to the forward-thinking communities in this region,” McCarthy said.

“Geelong Sustainability set an ambitious target of installing 2.5 MW of solar energy capacity, and to meet that target is a huge success for all involved and shows the desire for solar power across the state.

“At the start of the program RACV Solar committed to donating a solar panel for every system installed, so we’re thrilled to announce that equates to 100 kW of solar across the eight community sites.”

To support the Geelong Community Solar Program and the community donations, Mondo contributed its community energy management system, Ubi. Ubi is a smart controller that collects and analyses data from devices and control circuits, giving tenants control over how electricity from their solar and battery system is used.

“Mondo is delighted to be able to showcase our pioneering technology to support the Geelong community in their transition to renewable energy,” said Mondo’s General Manager, Distributed Energy, Dhammika Adihetty.

Geelong Sustainability President Vicki Perrett said the success of the program was a significant milestone on the road to a cleaner energy future for Geelong and its neighbouring communities. “We’ve really been able to boost solar energy uptake in this region, and delivered jobs and cost savings to the community in the process,” she said.