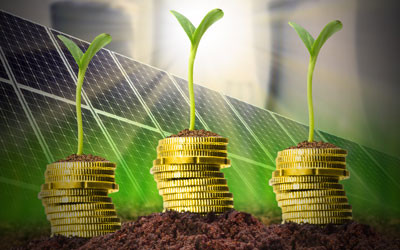 Australians looking to switch to solar/battery power can now use a calculator to predict what their next four energy bills will cost.

The calculator has been created by independent solar expert Finn Peacock, and is designed for potential solar/battery users to determine future savings prior to making their investment.

“I wanted to provide a 100% consumer service that is fully transparent,” Peacock said.

“I want everyday Australians to access genuine, real data about how solar and batteries can help them save on their power bills.”

“I’m at the coalface of consumer behaviour in relation to solar, and after 10 years of helping hundreds of thousands of homeowners understand their energy needs, I know that the key driver for people considering solar is the number on the bill,” he said.

“Once people buy solar they will usually judge the investment based on the size of their first bill after the install. I wanted people to have a good estimate of what that would be, including the next three bills after that.

“All the online calculators I could find, including my old one, only gave one annual savings figure. They also combined the battery and solar savings so there was no transparency in relation to where your savings were coming from and how each quarter would perform. Finally, where you live matters. Australia has large seasonal variations, which affects sunlight — so being able to drill down to quarterly bills reflecting the seasons of any given location is important if you want accurate savings predictions.

“I’m obviously a huge advocate for solar and renewable energy, so it is important to me that this tool provides information about separate paybacks and bills in relation to solar and batteries in order for everyday Australians to make informed decisions using accurate and unbiased information.”

SolarQuotes teamed up with Australian solar monitoring company Solar Analytics to source seasonal electricity usage patterns for each state/territory in Australia based on thousands of real-life solar owners.

“We then combined this data with local solar irradiance data as measured by the National Renewable Energy Laboratory in the USA, and calculated how much solar would fall on your panels, how much would be used in your home, and how much would be exported to the grid or put into a battery. This allows us to calculate the predicted bill for each season.”