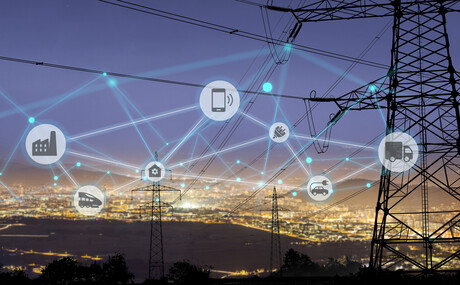 The Australian Energy Market Commission has released a draft determination on how to integrate more small-scale solar — and other new energy technology like batteries — into the electricity grid.

“We can decarbonise the electricity sector faster and cheaper if we connect more small solar customers and make it worthwhile for them to install batteries. But to do that we need to make some changes to the power system,” AEMC Chief Executive Benn Barr said.

“Within 10 years, half of all energy users will be using home energy options like solar. We must make sure this seismic shift doesn’t leave anyone behind because every Australian, whether they have solar or not, deserves an affordable, sustainable power system.”

The draft determination addresses the problem of ‘traffic jams’ on the network, which are occurring now and will get worse as more solar connects because the grid infrastructure was built when power only flowed one way.

Blocking power exports because the grid is under strain will cost us all more, because it means less renewable, cheaper energy gets into the system. The reform package to make room for more solar includes:

Extra safeguards proposed for the energy rules will ensure existing and new solar customers — and non-solar customers — are protected. The proposal does not mandate default charges for exporting power. If a network business wanted to introduce export charging, they would need to consult extensively with customers and have a transition plan detailing how this would be approved by the Australian Energy Regulator.

“This is about creating tailored options, not blanket solutions.

“We want to open the solar gateway so more Australians can join the 2.6 million small solar owners who have already led the way. But it’s important to do this fairly. We want to avoid a first-come, best-dressed system because that limits the capacity for more solar into the grid.

“One option to deal with more solar traffic — building more poles and wires — is very expensive and ends up on all our energy bills whether we have solar or not. While the sun may be free, the poles and wires aren’t, so we think the key is to use the power system smarter to avoid costly overinvestment and keep new infrastructure to a minimum.

“Letting networks give customer incentives to use the system better means supply and demand on the grid can be smoothed out over the course of the day. It helps address large amounts of solar being exported in the middle of the day when it benefits the system least,” Barr said.

The Commission has already taken on board a wide range of views and is now asking for feedback on our draft determination, with submissions due by 13 May 2021.

“We know there is a lot of interest in this issue,” Barr said.

“We’ve heard and understood the concern among some solar owners about whether they will be able to realise the value of their investment if the system changes.

“We want to reassure solar customers that we’re not proposing they should all start paying export charges. We expect networks to deliver pricing proposals in close consultation with consumers, which may include options where they don’t have to pay for exports.”

The Commission modelled the potential impact on customer bills if networks did introduce export charges. We found that 80% of customers would see their bills drop because they would no longer pay for solar export services they weren’t using.

For the 20% of customers with solar, there could be a range of export charge impacts, depending on system size. A 4−6 kW system would still earn on average $900 — about $70 less than now. But this impact could look very different if they took up options that rewarded them for using the system differently — such as self-consuming power.

Doing nothing is not an option because blocking people’s power exports will cost them now and more in future. While export charges on a 4−6 kW system might lead to a marginal drop in solar earnings, owners will face that same drop if they are constrained from exporting energy just 10% of the time. Being constrained 50% of the time would reduce their solar earnings by more than $300 per year.

“We need to think differently about the power system — including its pricing structures.

“We found that buying a battery would allow customers to benefit more and also help the system.

“We have to start planning for a different future now because there is still a lot of work to do and change will take time. If we start now, with the right caveats and protections in place, we will avoid costly crisis solutions further down the track,” Barr said.

Where these rule change proposals came from

The package of reforms follows a nine-month process of working with stakeholders as part of ARENA’s Distributed Energy Integration Program. The program was led by a steering group of consumer representatives, industry association and energy market bodies. As a result of that work, South Australian Power Networks, the St Vincent de Paul Society, the Total Environment Centre and the Australian Council of Social Services requested the AEMC change the rules. This draft determination is our response to those requests.

A University of South Australia researcher is helping to establish a lifetime stewardship scheme...

COVID-19 has failed to dampen enthusiasm for solar storage in Australia, with more than 31,000...