How a battery storage system can stabilise the grid 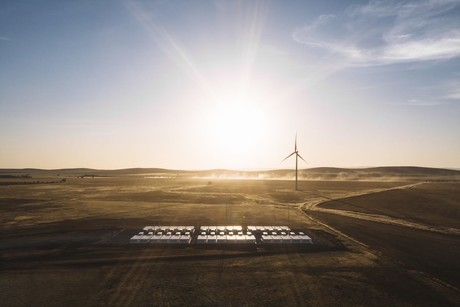 A report that analyses the performance of one of the world’s largest lithium-ion battery energy storage systems has just been released by Aurecon.

The Hornsdale Power Reserve, owned and operated by Neoen, supplied by Tesla and located in South Australia, was built two years ago to stabilise the state’s electricity grid. It also aimed to facilitate integration of renewable energy and help prevent blackout events.

The large-scale battery storage system has reportedly delivered more than AU$150 million in electricity cost savings during its first two years of operation.

“It demonstrates at scale the potential for battery storage to provide fast acting supply and demand balancing to the network, which is critical to maintaining consistent frequency for grid stability and improving integration of renewable energy to the national electricity market,” said Paul Gleeson, Aurecon’s Managing Director – Energy, Resources and Water.

The report quantifies the market benefit of the presence of Neoen’s Hornsdale Power Reserve on the National Electricity Market throughout 2019, compared with a modelling of what pricing would have been if it had not been present in the market.

Aurecon’s latest report also provides analysis of the major network outage in Victoria on 16 November 2019 that caused the grid in the state of South Australia to ‘island’ or become separate from the rest of the national electricity grid.

“The islanding event in November 2019 resulted in substantial cost savings of approximately AU$14 million, with Hornsdale Power Reserve’s presence significantly reducing the duration of price spikes during the event when all services needed to be sourced locally within the state of South Australia,” Gleeson said.

“Realised with our partners Tesla, the expansion of the world’s largest battery will not only mean more savings for all, but will also demonstrate the highly innovative services that batteries can provide to the grid and continue to position South Australia at the forefront of the energy transition,” de Sambucy said.

The Project Management Institute recently included Hornsdale Power Reserve as one of the world’s most influential projects of the past 50 years. The Reserve’s expansion will help to further demonstrate that large-scale battery energy storage is an essential part of the mix required to ensure grid reliability and stability in a controlled transition to renewables.