Commitment to clean energy crucial in lead-up to federal election 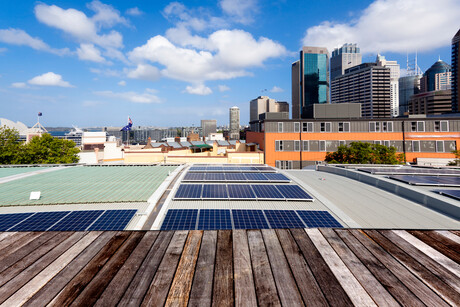 As Australians turn their attention towards the upcoming federal election, the Clean Energy Council (CEC) has launched its Roadmap for a Renewable Energy Future: Federal Election Policy Recommendations, which urges Australia’s political leaders to commit to meeting the country’s domestic electricity demand with clean energy by 2030.

“Now is the time to exploit Australia’s natural advantages to bring down the cost of electricity for households and businesses and position the country as the innate home of energy-intensive industries in the Asia–Pacific,” said Clean Energy Council Chief Executive Kane Thornton.

“Clean energy can create thousands of new jobs, empower consumers, bring economic activity to regional communities, lower power prices and create the smart infrastructure of the future that can cement Australia’s place as a global clean energy superpower. More renewable energy investment is crucial for Australia to prepare for the inevitable exit of ageing coal generators over the coming decade.”

While noting that state and territory governments have become the torchbearers of policy ambition for Australia’s clean energy transition in recent years, the CEC emphasised the need for the federal government to take the lead on a strong and coordinated strategy to facilitate private investment in low-cost clean energy.

“Voters will back policy that promotes emissions reduction and, critically, the Australian business community supports an acceleration of Australia’s decarbonisation efforts,” Thornton said.

“The signals coming from the private sector indicate the federal government’s latest policy statements on net zero emissions are not enough. They are looking at short-term 2030 targets to drive immediate investment.

“An electricity grid powered by 100% renewable energy by 2030 will deliver emissions reductions based on 2005 levels of 44.5% — and it comes with the upsides of jobs, investment and growth.

“This is just below the global average of 45% — it’s not an ambitious or difficult target — it’s the low-hanging fruit.

“This is our golden opportunity that equals billions of dollars’ worth of private sector investment, tens of thousands of quality jobs, economic growth and new industries to help sustain regional communities for decades to come.”