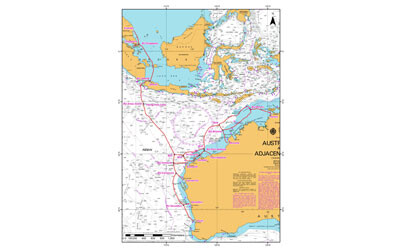 Western Australia and the Northern Territory will experience the most significant technological investment the region’s ever seen, with Fibre Expressway (FEPL) unveiling a first-of-its-kind US$1.5 billion technology ecosystem build, deepening the interconnectivity between Perth, Darwin and Asia.

Project Koete is set to bring hundreds of jobs and millions of dollars to the region. It will include partners such as renewable energy (wind, solar and, in the longer term, ocean and clean hydrogen) providers and a 10,000-kilometre, carrier-neutral, high-speed low-latency subsea cable paired with three data centres in Perth, Darwin and Dampier.

The cable will be 5G enabled with the inclusion of 16 fibre pairs, a drawcard for attracting multinational companies to WA and NT.

The project will provide vital data and internet connectivity domestically between Perth and Darwin, while directly connecting the cities and territories to international business hubs in Malaysia, Singapore, Indonesia, Japan and beyond in Asia Pacific and worldwide. It will be a major drawcard for attracting multinational businesses to the region and will boost digital investment, particularly from the natural resources, finance and cloud computing industries.

Project Koete includes a 10,000-kilometre, carrier-neutral, high-speed low-latency subsea cable connecting with three data centre hubs in Perth, Darwin and Dampier, and seven cable landing stations (CLS) between Perth and Darwin. The cable will be 5G enabled with the inclusion of 16 fibre pairs.

This ecosystem will also facilitate onshore connectivity for remote Indigenous communities and mining industries and provide mobile operators a solution to challenge the monopolistic services that exist North of Perth. Koete is expected to bring hundreds of jobs and hundreds of millions of dollars to the region, while offering unparalleled connectivity to the oil and gas fields off north-western Australia.

The project is being primarily funded by approximately US$650 million in senior debt and US$850 million in equity, both of which are in progress and open for new investors.

“This will be the most significant technological investment Western Australia and the Northern Territory have ever seen,” said Gary Kennedy, FEPL’s onboarding CEO.

“As the economy increasingly digitises, this investment signals to Australia, Asia Pacific and the rest of the world that this region is ready to become a digital hub. The ecosystem will support the region’s most significant developments, including the enhanced digitisation of oil fields supporting next-generation digital infrastructure including IoT, artificial intelligence, and even support the monitoring of underwater seismic activity to help predict tsunamis, maritime activity and its impact on global warming, and water temperature and level.”

Project Koete will offer less than half of the latency in connection to Asia compared with a Sydney-to-Singapore connection, according to FEPL Group Managing Director Peter Bannister. He also sees huge environmental benefits from the project, as the rollout links to a number of renewable energy projects across the region.

“We’re partnering with wind, solar and, in the longer term, ocean and clean hydrogen providers to satisfy the need for 100% renewable energy access over time,” Bannister said. “We’re targeting 30 plus years’ scalability assuredness, enabling customers to plan for decades, not just years. By working with our global partner network, we’re confident Project Koete will be delivered under world-leading governance and rule-of-law standards.”

The data centres will be critical to facilitating connectivity in Project Koete, and will be built to the Tier IV Uptime Institute standard and the highest levels of security and efficiency. The initial capacity for each will be 20 MW — the equivalent of power for 13,000 homes — with ample pre-built capacity and room to grow. The cable landing station (CLS) will be the primary connection point from Perth and Darwin to the subsea cable.

“This facility will combine the benefits of greater interconnectivity between north and western Australia and the world, encouraging greater investment in the region, and improving data security and sovereignty,” Kennedy said.

“As well as being a key driver for construction, engineering and other jobs as well as huge investment in the region, Project Koete will provide benefits to Indigenous communities by way of jobs and e-health and e-learning. It will provide capacity for multinational cloud giants and global financial services companies to diversify beyond traditional data centre hubs such as Sydney, Melbourne and Singapore. It will also provide valuable infrastructure on which telcos can build new services.” 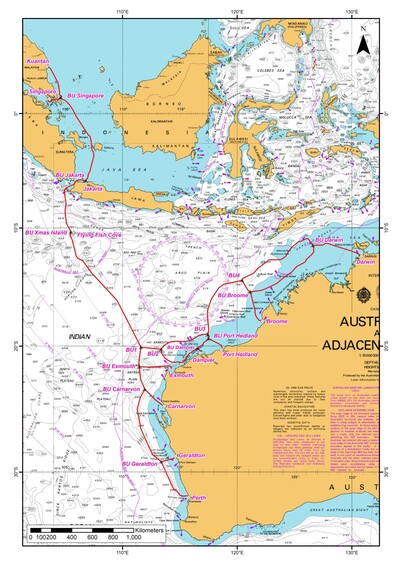