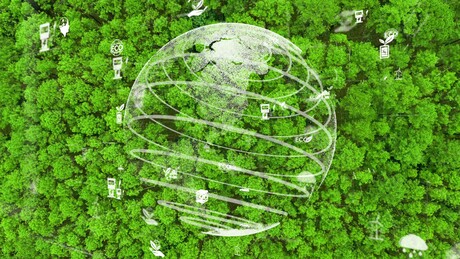 The collaboration between Energy Queensland’s UGIS team and Esri Australia has laid the groundwork, the organisations say, for other Australian utilities — motivated to address the long-term stability of their networks — to follow suit.

“With a network comprising more than 178,000 kilometres of overhead lines, 33 standalone power stations and 1.7 million power poles, we have no option but to prioritise network resilience,” Vosloo said.

“More broadly, it’s important for utilities to act to modernise their operations by investing in technologies that enable us — as a sector — to keep the lights on today, while supporting a sustainable transition to renewables.”

GIS Delivery Executive Shannon Connolly said the effectiveness of the operation relied heavily on the quality and availability of critical network information. “A unified GIS has fundamentally transformed our business — ensuring objectives, insights and efforts are aligned across the entire enterprise,” he said.

“Whether it’s a team planning for the 2032 Brisbane Olympic Games or a fieldworker repairing downed powerlines after a cyclone in Cairns, everyone in the organisation can access the same secure data to quickly and effectively complete the task at hand.

“We’ve successfully overhauled our network management workflows through increased data visibility and information sharing with our field and operations teams, resulting in the ability to improve maintenance request and response times,” Connolly said.

“Growing demand, aging networks, energy storage challenges and extreme weather events are universal problems for the sector — as is the prevalence of underperforming legacy systems underpinning a large number of utilities’ operations,” he said.

“With the ink dry on the blueprint for a successful rollout of the Esri Utility Network Model, utilities — both big and small — can now walk confidently in Energy Queensland’s footsteps.”

In addition to presenting at the Esri User Conference, Energy Queensland was recognised with a Special Achievement in GIS Award from Esri founder and President Jack Dangermond — who praised the efforts of the UGIS team for setting a new benchmark for the global utilities sector, in their delivery of one of the largest and most complex GIS projects in the world.