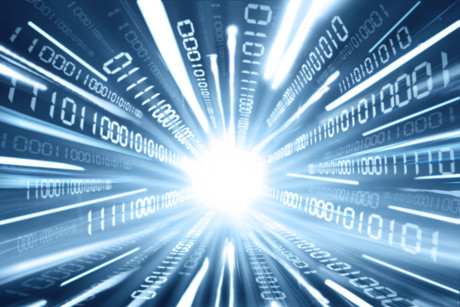 Volkspark stadium in Germany is home to Hamburg football club HSV Fußball AG. Thanks to Signify, it’s also the site of an innovative new means of wireless communication.

Journalists in the stadium’s press centre are the first to file their stories via the Trulifi Li-Fi system — a highly reliable, secure and fast internet connection through the centre’s ceiling lights. The company said that HSV is the world’s first football club to install the groundbreaking technology, which utilises light waves rather than radio waves to provide an internet connection.

Opened in 2000, Volkspark stadium has a capacity of 57,000 and is one of 10 stadiums that will host the European football tournament in Germany in 2024. It is also certified to host other top international tournament matches.

Like many stadiums, the wireless signal in its busy press centre was prone to overload due to journalists accessing the network and interference from mobile devices of fans, staff and officials, all pinging the wireless router.

The club now offers a stable, secure and fast internet connection — a must for the journalists required to write, edit and file their stories under time pressure. Along with high-quality, energy-efficient LED lighting that helps lower the club’s carbon footprint, the innovative internet facility makes the stadium an even more attractive venue for high-profile matches.

Signify installed 84 Philips PowerBalance gen2 LED recessed luminaires in the stadium’s press centre. Eight of the luminaires have an integrated Trulifi 6002 transceiver, which modulates infrared light waves to provide an internet connection of up to 150 megabits per second (Mbps).

Journalists using the system receive a USB access key, which plugs into their laptop. This picks up the Li-Fi signal and transmits data back to the luminaire. The Li-Fi system is free from interference and encrypted. An extra layer of security is built in as light waves cannot pass through walls.

“We opted for Li-Fi given the increasing demand for bandwidth from journalists using our press centre. For them, a reliable wireless connection is everything. Now they have good quality light to write their stories along with a reliable, fast and highly secure wireless connection,” said Daniel Nolte, Segment Leader Area Organization & Infrastructure at HSV.

The Trulifi system range can satisfy different market segments and also includes Trulifi 6013, which uses coloured light to create a robust, secure fixed point-to-point connection with a speed up to 250 Mbps.

The system showcases Signify’s ability in leveraging lighting infrastructure to unlock the potential of light in new high-growth segments with LED technology that’s not only innovative but also energy efficient.

The Vertiv SmartRow2 provides intelligent features to allow for more efficient management of IT...