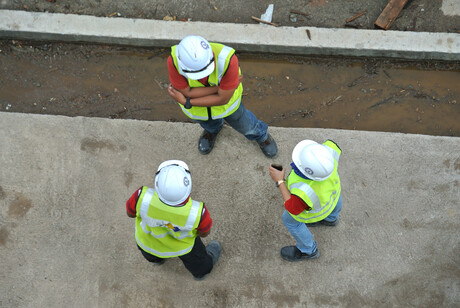 A recent building site inspection blitz by SafeWork NSW has uncovered an alarming number of issues. The organisation said employers across the state are now on notice, with visits in Northern Sydney and the Sutherland Shire revealing unsafe practices requiring intervention on two-thirds of sites. More than 20% of sites had working-at-heights risks.

The blitz came as solar energy installer PV Solar Pro Pty Ltd was fined $300,000 in the District Court for failing to comply with its duties after a 19-year-old apprentice fell 6.5 metres through a skylight and suffered fatal head injuries.

“If we go to the other side of the city our inspectors went to 67 sites, issued 158 notices and 11 fines relating to unsafe work practices and putting workers at risks, especially in relation to working at heights,” Williams said.

“Falls from heights are the number one killer on NSW construction sites and most people who are seriously injured or killed fall from a height of four metres or less.

“In May an apprentice carpenter fell three metres while installing roof trusses in Moama, while this month another man fell from a second-storey roof in Woodcroft. Both were airlifted to hospital with suspected spinal injuries.

“To have 33 notices and three fines worth $3600 each issued in relation to fall safety in across Northern Sydney is alarming. But when we look at Sutherland, [where] there were 65 notices issued relating to heights and falls risks, it shows that even the most simple safety practices — like protecting people from an edge — are being ignored.

“Other notices and fines were issued for electrical hazards, incomplete or altered scaffolding, inadequate site security as well as safety management,” Williams said.

SafeWork’s site visits have coincided with PV Solar pleading guilty in its prosecution to an offence pursuant to section 32 of the Work Health and Safety Act 2011.

On August 23 2018, a 19-year-old first year apprentice fell through a polycarbonate skylight while working on a roof after the harness-based fall arrest system he was wearing was set incorrectly to arrest the fall. He suffered a severe traumatic brain injury, dying from the injury two weeks later.

Ongoing construction blitzes by SafeWork have been occurring right across both metropolitan and regional NSW in 2021, including in the Illawarra, North Coast and Riverina as well as across Sydney.

“Sooner or later SafeWork will be in your area and I’m urging you to take action in order to remove these risks — not just because you are facing fines, but so that everyone on your site goes home safely at the end of the day,” Williams said.

“If you’re the director or manager of a building company or the site supervisor, you need to make safety the number one priority on your sites. What SafeWork is continuing to see is that these individuals are not doing their job and there needs to be improvement.”

On-the-spot fines of $3600 for corporations and $720 for individuals can be issued to businesses who place workers’ lives at risk through inadequate protection from falls from heights.

ABB Australia has been named the winner for Excellence in Sustainability at the 2020–2021...