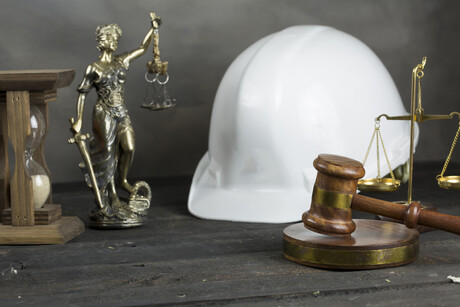 Five electrical workers have been prosecuted by Energy Safe Victoria (ESV) in one week.

The cases included unlicensed and partly licensed workers, as well as an improperly supervised apprentice, who were collectively ordered to pay $12,350 in fines and costs without conviction for breaching the Electricity Safety Act 1998.

On Wednesday, 18 August, Bulleen father and son George and Michael Tsokas were each fined $2000 and ordered to pay $1000 in costs in the Heidelberg Magistrates’ Court. The pair carried out electrical and plumbing work at a property in Reservoir in late 2018 without appropriate licences.

George Tsokas, 67, held a restricted electrical licence and no plumbing licence, while Michael Tsokas did not have licences for either.

The same day, the Heidelberg Magistrates’ Court fined Mohammand Al Mir, 29, $2500, ordering him to pay $1500 in costs after carrying out unsafe electrical and plumbing work while tiling an Ivanhoe bathroom in August 2019.

During the work, Al Mir, from Caroline Springs, stripped plasterboard from the wall, removing the shower plumbing and base, exposing the back of a socket outlet and leaving live electrical parts exposed.

After disputing the quality of the work with the homeowner, Al Mir left the house with the electrical parts still exposed, which could have resulted in an electrocution.

On Thursday, 19 August, the Frankston Magistrates’ Court ordered Cheltenham handyman Dean Turner, 48, to pay $350 to the court fund and $1500 in costs after providing unlicensed electrical and plumbing work at a property in Hampton East in October 2017.

During the work, the homeowner questioned Turner about his licence after installing new socket outlets and not providing electrical and plumbing certificates. The homeowner complained to ESV, which prompted an investigation.

Turner was also prosecuted in September 2019 by the Victorian Building Authority for unlicensed plumbing work and was fined $10,000 without a conviction.

On Monday, 16 August, apprentice electrician Nicholas Lye, 28, was ordered to pay $500 in costs by the Melbourne Magistrates’ Court. Lye had removed an old split system air conditioner at a Richmond property in December 2018 without the supervision of a licensed electrician.

“It’s disconcerting to see so many people think they can carry out dangerous electrical work without the proper credentials,” said ESV Commissioner and Chairperson Marnie Williams.

“ESV will find people who believe they can cut corners and put people’s lives at risk and ensure they are held accountable for this recklessness.

“You must always ask to see an electrician’s licence card before they start work while also checking their details through the ESV website. Please also ensure a Certificate of Electrical Safety is provided when the electrical work is completed.”

The extension of Victoria's lockdown has been very damaging to small and medium trade...

A four-week blitz will be carried out on Victorian construction sites to ensure that they remain...

Concerns about COVID-19 outbreaks have led ARBS Exhibitions to reschedule the event to...