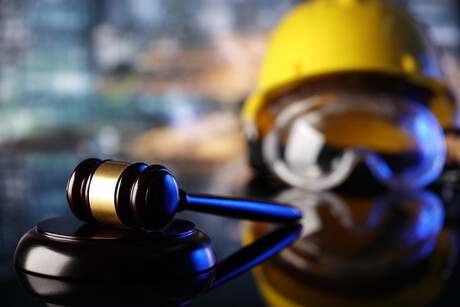 Queensland’s Electrical Licensing Committee has disqualified an electrical worker from holding a licence for 10 years.

He was found to be advertising his services online to perform unlicensed electrical contracting work while his licence was suspended due to a previous instance of negligent and unsafe work.

As well as the immediate cancellation of his electrical work licence and the disqualification from holding a licence and qualified technical person (QTP) status for 10 years, he was fined $4000.

The disqualification also applies to any electrical work licence issued by another Australian state or territory, or New Zealand.

An electrical worker and QTP failed to adequately supervise electrical workers while installing three switchboards at a unit complex. The worker was responsible for the final connection of the switchboards and created an immediate electrical risk when he failed to confirm the installation of MEN connection between the earth and neutral links on all three switchboards. His licence was suspended and he must complete competency units prior to the suspension being lifted. He was also fined $500, which will be listed on the licensing public register for three years.

An electrical contractor failed to have adequate inspection and testing procedures in place when electrical workers failed to install MEN links during the installation of three switchboards. There was a lack of audit systems to ensure safe systems of work and to demonstrate workers and QTPs were competent to perform the project tasks. The contractor’s licence was cancelled at the time of the hearing due to external administration; however, he was disqualified from holding an electrical contractor licence for five years and received a penalty of $1500.

An electrical worker and QTP failed to adequately supervise an electrical apprentice when conducting non-compliant grid connect solar installations at several locations. The homeowner reported the apprentices were unsupervised for the duration of the installation. Failure to identify electrical hazards and implement safe systems of work resulted in an apprentice receiving a shock and numerous DC isolator fires on properties. The worker’s licence was suspended until competency training units are completed. He was disqualified from being a QTP for the holder of an electrical contractor licence for five years and fined $2000.

An electrical contractor failed to ensure an electrical installation complied with the Wiring Rules, resulting in property damage and electric shock when conducting multiple grid connect solar installations. He failed to demonstrate competency of workers and did not ensure adequate supervision of electrical apprentices. As a result, conduits to a DC isolator were not glued, resulting in water ingress which caused a fire at multiple locations. His licence was cancelled immediately and he was disqualified from holding an electrical contractor licence for five years and fined $3000.

The committee’s actions were in addition to fines and notices already issued by the Electrical Safety Office.

Malcom Lee has been appointed Treasurer for Lighting Council Australia.