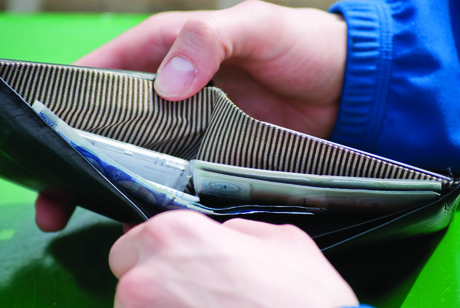 Subcontractors may have greater protection from non-payment, with the Queensland Government announcing it has set up a Special Joint Taskforce to investigate allegations of white-collar crime in the building industry, commencing on 27 March 2019.

Headed by retired Supreme Court Judge Justice John Byrne, officers from the Queensland Police, the Queensland Building and Construction Commission (QBCC) and the Office of the Director of Public Prosecutions will conduct a forensic examination into the circumstances surrounding the collapse of a number of major Queensland construction companies and retest historical claims of fraud.

“The subbies who have been left out of pocket are mums and dads and small business people left to the whims and mercies of bigger operators who too often leave their subbies in the lurch,” said Premier Annastacia Palaszczuk.

“I urge anyone who has a complaint about dodgy payments to come forward now and have their grievances heard.

“The non-payment of subbies is not something that stops at the Queensland border, so I have also written to the Prime Minister to have this issue added to the national agenda.”

Housing Minister Mick de Brenni said the government would continue to roll out its building industry fairness reforms that are helping ensure everyone in the building industry is fully paid on time, every time. It hopes to deliver strong payment protections to subcontractors and fix a system broken by the removal of mandatory financial reporting for the big end of town.

“We’ve strengthened the building industry regulator’s capacity to investigate company collapses and we’ve reinstated mandatory financial reporting for the big end of town,” said de Brenni. “We’ve given the QBCC a direct line of sight to companies that may be in trouble.”

He said the QBCC can impose a penalty including imprisonment to those who try to mislead it.

Police Minister Mark Ryan said the taskforce would also consider if there are sufficient and appropriate investigative and supervisory powers to deal with the conduct disclosed in the matters reviewed. “We want to ensure the powers at the disposal of the police and the QBCC are as strong and effective they can be,” he said.

“This $5 million contract for a new two-storey building at Kawana Waters State is one of $406 million in government construction contracts since the Project Bank Account system was introduced on 1 March last year,” she said. “We’ve come a long way since we began applying this trust account regime to all government building projects valued at between $1 to 10 million.”

De Brenni is expecting an independent evaluation of the implementation of the PBA system to determine how it can be extended to the private sector.

The Electrical Safety Office has issued a warning to unlicensed organisations performing...

Improvements to the governance framework for the Australian Energy Market Operator are needed to...

A man thought to be a professional tradesman has died while working alone on a roof in Queensland...

How COVID-19 is shifting priorities for tech spend

Gartner research reveals the good and bad habits of CISOs