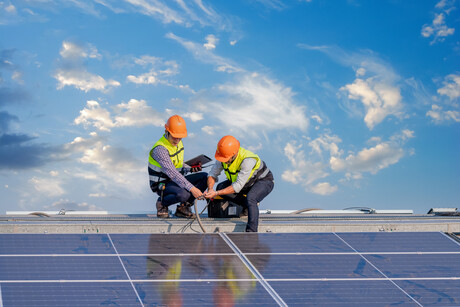 The Electrical Trades Union has strongly criticised the NSW Government over its energy transition plan, which the union says allows for foreign companies to exploit regional workers.

Spanish multinational Elecnor is currently advertising for casual electrical trades assistants and electricians to work full-time hours at the New England Solar Farm in Uralla. The solar farm has been given funding from the NSW Government under its Emerging Energy Program to build a 50 MW/h battery energy storage system (BESS) alongside the solar farm.

Allen Hicks, Secretary of the Electrical Trades Union NSW & ACT Branch, said, “The NSW Government promised secure, ongoing jobs to replace those being lost as coal-fired power stations close but instead those workers are competing with backpackers for casual positions.

“These workers are expected to work 10-hour days, six days a week for around 18 months without receiving any full-time entitlements such as sick leave or annual leave. Once this contract is up, those jobs will disappear from the New England region and the community will be left to pick up the pieces.

“We’ve been warning this would happen since Minister Kean announced this transition plan. The NSW Government needs to be held to account to ensure public funding of these projects is in the best interest of NSW residents, not foreign companies.”

Hicks highlighted the need for government scrutiny of labour standards and conditions on such projects. “The clean energy transition is already underway but we can’t allow foreign companies, who will send profits built on the exploitation of workers offshore, to run these critical projects with zero consultation with unions or staff,” he said.

“Unless the NSW Government is prepared to act, the current industrial laws and lack of regulation around labour hire mean these multinationals can get away with it scot-free.

“The New England solar farm and battery project will be Australia’s largest hybrid solar and battery energy storage facility and the way it is currently being operated, and absence of oversight, sets a very alarming precedent for further clean energy projects.”