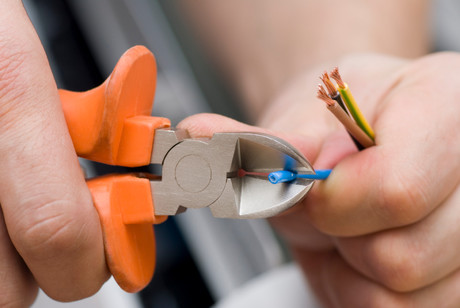 Horan said he was honoured to be named President of such a dynamic association.

“When I became an apprentice 29 years ago, I never imagined I’d be leading such a successful association. I look forward to working with our members and the board to continue this success.”

With more than 29 years’ experience in the electrical industry, Townsville-based Horan brings a wealth of expertise to the organisation. He founded North Queensland-based electrical company Horan and Bird in 2004, which now employs nearly 100 people and is one of the largest solar installers in Australia.

In 2011, Horan and Bird built the first renewable energy centre in Queensland for research and development innovation in Australian energy solutions, and in 2012 won the Australian Service Business of the year.

MEA CEO Malcolm Richards said Horan was the ideal leader to take the organisation into its next stage of success.

“John brings extensive industry expertise and experience to the table, and he is well known and widely respected among MEA members and the electrical contracting industry more generally,” Richards said.

“He has delivered one of the most innovative, successful businesses in recent years, so I am looking forward to this innovative approach to delivering membership value.”

Richards also expressed his thanks to outgoing President Tony Arnold.

“Tony has been a fantastic leader, helping guide the association through some of our biggest challenges in the last few years. He has greatly impacted MEA, and we are on an exciting new pathway to success as a result.”

As concern mounts around the world over the spread of the coronavirus, Australia's supplies...

The agreement will see every Energizer battery deployed in commercial and residential sites...

ARBS 2020 has now released the list of finalists for its industry awards, which recognise talent...

Opinion: Oh dear, what can the matter be?

AI could wipe out half of Australian finance jobs

US budget request includes US$72m for the NTIA

Victoria "on notice" ahead of new workplace manslaughter laws

Painter killed by fall from roof