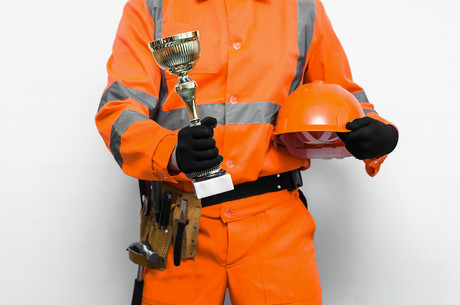 A state-of-the-art luxury houseboat has for the first time taken the top residential award at the annual Master Electricians Australia (MEA) National Awards for Excellence.

Victorian business Argus Technologies took home Residential Project of the Year for the design and installation of electrical, communications, automation and control infrastructure for the three-storey houseboat. Robert Urpis accepted the award on the company’s behalf.

During the award ceremony, winners were announced in eight categories, with 46 finalists representing each mainland state.

Matther Pinney of Horan & Bird won the newly renamed Lance Cislowski Memorial Electrician (Tradie) of the Year Award, while his colleague Nicola McCarron was handed the Women In Contracting Award.

For the first time, this award and the Legrand Apprentice of the Year award — which this year went to Roman Kasjan of Solar Service Guys — involved technical challenges introduced to enable judges to test the finalists’ trade skills.

Peter Matthews of the Solar Service Guys was named Master Electrician of the Year.

Energy Efficiency Project of the Year went to Linked Group Services, represented by Jason Sharman, for creating a mobile off-grid power station that enables the replacement of diesel generation with renewable energy.

The Commercial Project of the Year Award was picked up by Tony Arnold and Garrick Cripps, representing Arnold Electrical & Data Instrumentation, for the Mercedes Benz Autohaus project.

Finally, the Industrial Project of the Year Award was accepted by Steve Villier on behalf of S & K Electrical for the Iluka Resources Limited upgrade project.

A code of practice developed by Master Electricians Australia has been revised in light of...

Action has been taken by the Electrical Licensing Committee against six electrical licence...

The CEDIA Lighting Conference, which will be held on 11 August 2020, is now open for registration.