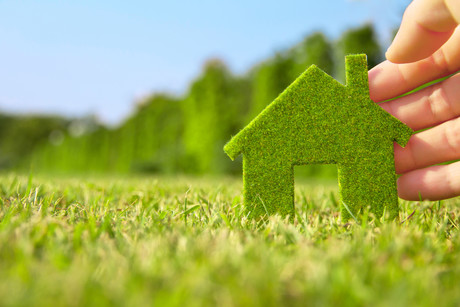 The Green Building Council of Australia (GBCA) has announced that sustainability industry leader Davina Rooney will take on the position of Chief Executive Officer from 11 June.

Rooney is the former general manager of sustainability and corporate procurement at Stockland, and will draw on her leadership skills and technical knowledge in the new role. Over her 10 years at Stockland, Rooney gained an insight across the life cycle of major development projects, from the construction site to the policy table.

“Davina has led Stockland to be a global leader on sustainability in property, achieving a raft of international accolades from leading organisations DJSI, GRESB and CDP. Davina has also steered industry-leading initiatives at Stockland, including the largest rollout of solar panels in the property industry and the most Green Star Design and As Built rated shopping centres in the country,” said GBCA Chair Rod Fehring.

She has been recognised in her field with awards such as the NAWIC NSW 2016 Sustainability Award, and has contributed to the GBCA as a member of the Green Star Steering Committee for the last three years and the Green Star Advisory Committee over the last 12 months.

“She is the perfect candidate to take forward the GBCA’s impressive legacy in a collaborative way at what is in an exceptionally exciting time as we move towards the implementation of key projects including the next generation of Green Star and our Carbon Positive Roadmap,” Fehring continued.

Rooney said she was excited by the opportunity to work across industry at this pivotal time.

“The GBCA, and outgoing CEO Romilly Madew AO, have had a transformational impact on the Australian market and this is something I look forward to building on in the years ahead,” she said. “In Australia, we have much to be proud of as a global leader but we can and will improve to help meet our international obligations.”

Madew has led the GBCA for more than 13 years and is moving on to become Infrastructure Australia’s Chief Executive Officer.

“Romilly has been a force for change in Australia’s built environment, where the number of Green Star-rated projects has risen to more than 2250,” Fehring said. “We thank her for her incredible efforts and look forward to her continued success in her new role.”