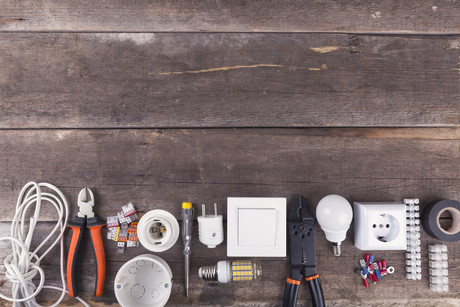 An alert from the Queensland Electrical Safety Office outlined the actions taken by the Electrical Licensing Committee.

In the first instance, an electrical worker failed to adequately supervise an electrical apprentice and ensure correct test and isolation procedures before installation on a live circuit breaker. The apprentice received a shock when he performed electrical work on a hazardous area light fitting that was not tested to confirm isolation. The worker’s licence was suspended for three months and he must complete competency units prior to the suspension being lifted. He was also fined $300.

According to the Electrical Safety Office, in another incident, a qualified technical person (QTP) was disqualified from being a QTP for an electrical contractor for three months and fined $300 after an electrical apprentice received a shock during installation on energised equipment. The second-year apprentice was attempting to terminate a newly installed four-core conductor into an energised barrier void junction box.

In a third incident, an electrical contractor assigned a team of electrical apprentices to install cabling between streetlights on a major infrastructure upgrade without adequate supervision. A second-year apprentice was nominated to oversee a small work group and directed another second-year apprentice to commence terminations of newly installed cables. The apprentice terminated a cable at an energised junction point in preparation for connection. He received a shock when he removed a link cover and made accidental contact with the energised link while connecting the neutral to the neutral link. The contractor failed to prevent de-energised equipment being inadvertently re-energised and did not adequately supervise apprentices onsite. The contractor’s licence was suspended for six months. The company is also required to provide evidence of specific safe work plans before the suspension will be lifted. The licence holder was fined $500, which will be listed on the licensing public register for three years.

The Electrical Safety Office said that in the fourth incident, an electrical worker failed to install a PV system in accordance with electrical safety regulations and wiring rules, including not bonding the PV array and frames to earth. The homeowner received a shock and was injured after he fell off the roof while cleaning the PV generation system. The worker failed to demonstrate competency in electrical safety, identify electrical hazards, complete a risk assessment or implement a safe system of work. He was disqualified from being a QTP for an electrical contractor for six months and he must complete competency units prior to the disqualification being lifted. He was also fined $400, which will be listed on the licensing public register for three years.

Finally, the alert from the Electrical Safety Office said that another electrical worker failed to install a PV system in accordance with electrical safety regulations and wiring rules. In this case, an earthing and equipotential bonding conductor had not been run to the PV modules or their supporting frames. Ingress protection (IP) rating was not maintained and PV array cables and connectors in contact with the roof and the radius of conduit bends were not compliant. The homeowner received a shock and was injured when he fell off the roof while cleaning the PV generation system. The contractor had insufficient testing procedures and test result records. He failed to implement safe systems of work and demonstrate worker competency. His licence was suspended for six months, in which time he must ensure all QTPs employed by the company and undertake units of competency with recognition of prior learning. The licence holder must provide evidence of specific safe systems of work, risk assessments, and inspection and test plans. He was fined $800, which will be listed on the licensing public register for three years. All conditions imposed must be fulfilled before the suspension will be lifted.

The committee’s actions were in addition to fines and notices already issued by the Electrical Safety Office.