ETU Apprentice of the Year crowned 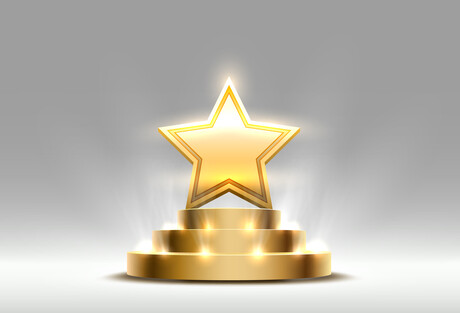 Hannah Watts has been crowned the 2020 ETU Apprentice of the Year, in an extraordinary line-up of all-female finalists. The award was presented at the ETU QLD & NT Branch by State Secretary Peter Ong.

Watts, who recently completed her apprenticeship as an electrotechnology electrician, was selected for her leadership qualities and dedication to both the trade and the union. She has continuously stood up for the rights of apprentices, her fellow workers and women throughout her apprenticeship.

As an apprentice delegate, Watts challenged and won the right for all apprentices on site at her company to attend college instead of completing modules at work without the help of a teacher. Her actions inspired apprentices at other sites to take up the fight and together they won the right to attend TAFE. She worked with other women in the ETU to form a Facebook group called the ‘Sparkettes’ for women in the electrical trades, which fosters support and organises regular member catch-ups.

Watts holds positions on the state council and executive for the ETU QLD & NT Branch and is the current president of the Ipswich sub-branch. These positions allow her to be a voice for women in the trade and for apprentices.

For Watts, being a union apprentice working in the electrical industry was an eye-opening experience that showed her how important it was to stand up for others.

Watts wants to encourage others to join the trade, especially women who are thinking about it.

“It would be great to see more women on the tools. We’ve increased our numbers a lot even since I started, so I want to tell other women sparkies that they’re not alone,” she said.

2020 was a huge year for representation of women in the awards, with 70% of applicants and all four finalists being female. The three independent judges acknowledged the outstanding contribution female apprentices are making in electrical trades and remarked on the tough journey and adversity some of the applicants have overcome in their continued commitment to the electrical industry.

“It’s incredible to see so many women joining and shaping our trade, and congratulations to Hannah for leading the way. It gives me a lot of pride to see the future of our trade and our union in the hands of such great members. Hannah is so deserving of this award which recognises her hard work fighting the good fight every day,” said Allen Hicks, ETU National Secretary.

“The 2020 Apprentice of the Year competition has again shown us the incredibly high calibre of ETU apprentices coming through the system. All applicants have shown a commitment to their trade, social values and the union,” said Mark Burgess, National Apprenticeship Officer.

“We’re very lucky to have Hannah Watts as part of our great union. Her day-to-day hard work and dedication to her fellow workers sets her apart from others and her efforts to inspire more women to join the trade are commendable,” said Ong.

When international borders open, Watts will be travelling to the next Global Power Trade Union Congress and exploring the vocational training system of the host nation as an ETU delegate.

Queensland employers now have access to People at Work, said to be Australia's only validated...

The CFMEU has finalised EBAs for workers across the majority of the NSW construction industry.