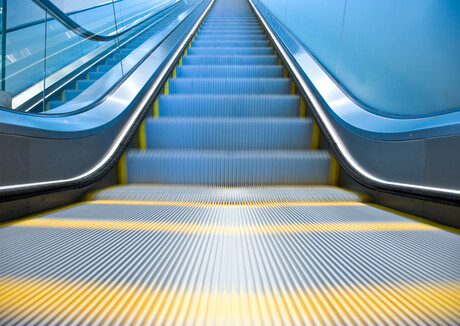 The Electrical Trades Union (ETU) is calling for an urgent investigation into the Sydney Metro project after an escalator collapsed and a labourer was seriously injured in two separate incidents at the Martin Place and Pitt Street construction sites.

Around 1 pm on Tuesday, 21 June, an escalator — being built to eventually carry tens of thousands of passengers — collapsed at Martin Place, falling four floors and through a wall, narrowly missing nearby workers. This followed a separate incident at the Pitt Street Sydney Metro site on Thursday, 9 June where a labourer was seriously injured while operating a hoist.

The worker had been using the hoist, without being trained to do so, when the machinery failed. The labourer became stuck and climbed onto the roof of the hoist so he could jump to a nearby landing. However, when he jumped, he fell through the concrete, plummeting nine metres before crashing to the ground. He suffered serious injuries including a broken leg and pelvis.

The ETU subsequently investigated the site and found a litany of serious safety issues. They have been reported to SafeWork NSW but there has been no action from the regulator.

“These are extremely serious incidents and should never have occurred on NSW Government-funded job sites,” said ETU organiser Lawrence Duff. “The incident at Pitt Street was easily preventable and it is why companies running worksites need to be checking accreditation and ensuring the safety of staff.

“Safety issues onsite include a failure to meet standards on emergency lighting, temporary site wiring and the switchboard, the maintenance of lighting throughout the site, accessibility and storage.

“The company contracted by the NSW Government clearly wants to cut corners but workers deserve better and the state’s taxpayers funding the entire operation deserve better.

“The ETU has monitored and reported these issues for several months, with workers’ health and safety at risk. This incident could have easily been fatal. I hope the labourer is able to make a full recovery and is able to access leave entitlements until then.”

Duff said the escalator collapse at Martin Place was equally concerning, and that it was a miracle all workers onsite escaped unscathed.

“These incidents raise concerns over whether the Sydney Metro project is being rushed to meet the NSW Government’s deadline at the expense of worker safety,” he said.

“The NSW Government needs to order SafeWork onto the project for a thorough investigation before another worker is seriously injured or killed.”

NECA has responded positively to the NSW and Qld state budgets, highlighting investment in...

OpenSolar and Global Sustainable Energy Solutions have announced a new partnership that offers...