Electrical work could dry up in six months 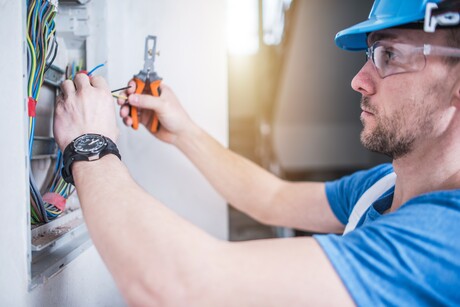 Research by the National Electrical and Communications Association (NECA) shows that four out of five electricians believe work will disappear within six months if the government does not act.

Tradies are calling for urgent stimulus for households, investment in infrastructure and significant structural reforms to prevent Australia falling off an economic cliff in the coming months.

NECA has released a Four Point Plan to Power the Economy, stating that its research paints a worrying picture of the construction sector. Electrical contracting businesses expect the situation to worsen in the coming months if no action is taken.

“Right now governments have the opportunity to act, rebuild the economy and keep people in work. Our Four Point Plan outlines simple measures for doing this and it is critical governments grasp the opportunity. The federal government’s HomeBuilder package is a good taster; now we need a comprehensive support package,” said Suresh Manickam, CEO of NECA.

Almost all respondents to NECA’s survey said their business had been impacted by the COVID-19 crisis, with nearly 80% seeing a reduction in revenue and one in five seeing their revenue cut by more than 50%.

Almost 60% of businesses responding to the survey have applied for government assistance. Of the survey respondents, 70% see government investment in infrastructure and construction projects as a way to lead the COVID-19 recovery phase. Close to 40% of respondents also believe that enabling temporary amendments to the Fair Work Act 2009 to provide flexibility in Enterprise Agreements in response to COVID-19 is critical.

“Crucially, all our proposals are investments offering significant future returns to government as well as the taxpayer. For example, a household doing an energy efficiency upgrade can expect cheaper electricity bills, while big infrastructure projects provide hundreds of jobs and boost productivity,” Manickam said.

“We know governments across Australia have done a lot of excellent work already and now we need their backing to re-emerge quickly to build a stronger Australia.”

Public safety comms depend on governance, not technology