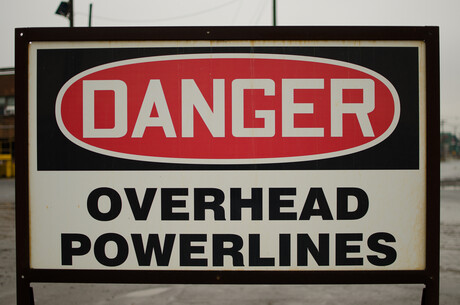 A fine has been issued to a Brisbane construction company after a worker received an electric shock, leading to the amputation of five toes.

The $85,000 fine, plus court costs of almost $1600, was handed down as a consequence of the company’s failure to ensure the worksite in Lutwyche, Queensland, was electrically safe.

A concrete worker on the top level of the site used a tool that touched an overhead powerline, causing the worker to receive an electric shock. This caused injuries including the amputation of five toes, burns to both hands and brain damage including memory loss.

The defendant company was the principal contractor of a multi-storey mixed residential and commercial complex being constructed in Chalk Street, Lutwyche. Prior to construction in September 2015, the defendant contacted Energex to have tiger tails placed on overhead powerlines that ran along Chalk Street. In response, Energex recommended marker flags and a safety advisor be used, and arranged for the flags to be put in place.

In May 2016, a company the defendant had engaged was pouring concrete on the top level of the building, which was at a similar height to overhead powerlines. The powerlines were approximately three metres from the scaffolding on the building, which was not enclosed or covered by mesh. The concrete worker was on the top level, using a long bull float that contacted the live wires, resulting in the electric shock.

The defendant had attempted to make the site electrically safe through an enquiry prior to construction and using marker flags. However, Magistrate Robbie Davies deemed the defendant had not done anything further or made a risk assessment of the powerlines as construction progressed.

Magistrate Davies deemed the defendant had responsibility for the site and its conduct led to a risk of death and serious injury. His Honour indicated it was relevant the defendant company was aware of the high-voltage powerline, including the risk it posed, but it didn’t implement a proper barrier. Measures could have been easily implemented and the incident avoided.

The Magistrate acknowledged the need for general deterrence, particularly the personal responsibility of the primary contractor to ensure the health and safety of those at the site, and noted the significant injuries and impact to the injured worker. The Magistrate also considered the defendant’s early guilty plea, cooperation with the investigation, remorse and no prior criminal history.

IT strong as 1 in 3 Australian companies begin hiring

Authentication services revenue to reach US$8.4 billion by 2026