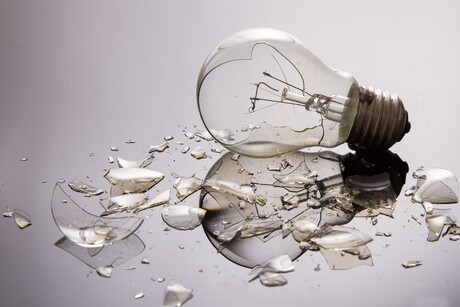 Against a background of continuing issues related to overclaiming within the Victorian Energy Upgrades scheme, Lighting Council Australia has reported that Australian regulators intend to focus on non-compliance with required regulations when lighting equipment is placed onto the market.

The lighting body has written to all state and territory ministers responsible for electrical safety in Australia, with the responses received highlighting that product compliance with standards and regulations is a priority for electrical safety regulators. Ministerial offices have responded that government is committed to eliminating the risk of harm to the community due to non-compliant lighting equipment and will act on complaints notified by Lighting Council Australia and other parties.

Additionally, the Australian Communications and Media Authority (ACMA) recently announced that in 2022 and 2023 it will focus on tackling the online supply of suspicious non-compliant devices that have the potential to cause harm to the Australian community. ACMA has seen a rise in the number of complaints about non-compliant devices advertised or bought online. As well as focusing on supplier compliance, ACMA will educate Australians about the risks of buying radiocommunication devices online.

Despite Lighting Council Australia reporting over the previous six years that significant rorting of the Victorian Energy Upgrades (VEU) scheme was occurring in the lighting upgrades market, problems continue in that market, the lighting body said. The Victorian energy regulator recently suspended Australian State Energy Upgrades (ASEU) from participating as an accredited person in the VEU scheme due to alleged breaches such as falsely overclaiming the number and type of lights installed before an upgrade.

ASEU must also surrender around $3 million worth of certificates created under the VEU scheme.

The Essential Services Commission investigation showed the alleged breaches were significant, systematic, deliberate and potentially fraudulent. In some cases, the properties ASEU claimed to upgrade were not even connected to electricity. The investigation has been referred to Victoria Police.

Lighting Council Australia was critical of the VEU scheme’s continuing focus on lighting upgrades, despite highly efficient LED lighting dominating the market since around 2016 and the price of LEDs being comparable to traditional lighting. The significant advantages of LEDs have been clear to the market for years, Lighting Council Australia said, and the VEU’s continued focus on lighting upgrades increased the risk that systemic rorting would continue.

In a further demonstration of the problems caused by unscrupulous operators and poor-quality products within the VEU scheme, the Hon Lily D’Ambrosio MP, Victorian Minister for Energy, Environment and Climate Change, was forced to withdraw the upgrading of refrigerated cabinets from VEU after large numbers of refrigerated cabinets were dumped on Melbourne streets. In some cases, installation owners also reported the fridges didn’t cool and seemed to be poor quality.

With unscrupulous VEU operators possibly having attempted to expand their overclaiming activities into the refrigeration market, this was further evidence the VEU scheme has not likely achieved the energy savings claimed, Lighting Council Australia said.

Powerline clearance fines to be issued in Vic

Energy Safe Victoria now has the power to issue fines to Victorian electricity companies and...