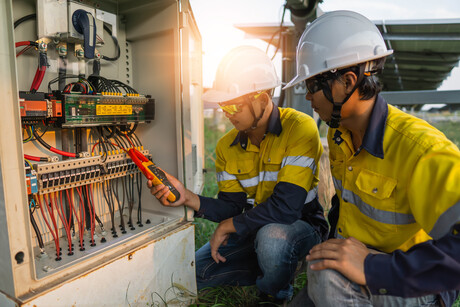 The Fair Work Commission has been directed to amend award terms relating to casual conversion to be consistent with the updated National Employment Standards (NES), following the passage of the IR Omnibus Bill through the federal parliament.

The purpose of this variation of modern awards was to remove inconsistencies, difficulties or uncertainties caused by the amendments to the Act.

The Electrical, Electronic and Communications Award has long contained casual conversion rules which, under the new NES terms, will change.

Small businesses (those with fewer than 15 employees) will not be required to make offers of casual conversion.

What are the changes?

Previously the timeframe for offers of casual conversion was six months. The new provisions mean there will now be a period of 12 months before there is a requirement to offer conversion.

During the last six months the worker must have worked a regular pattern of hours on an ongoing basis, and have the ability to continue working these hours as a full-time or part-time employee without significant changes being made.

Employers must keep a record of their offer to casual workers and the worker’s response on their employment file. The offer needs to be made within 21 days of the 12 months. The employee must give a written response within 21 days to the offer and the employer must then also respond within 21 days. Employment records should be kept for a period of seven years.

What are the exceptions?

There are exceptions to an employer to not offer conversion on reasonable business grounds:

The casual employee will retain residual rights to request casual conversion if the above conditions on offers and reasonable business grounds are not met.

The Fair Work Commission (FWC) has advised that while it will hear casual conversion disputes it reminded employers and employees that every modern award and enterprise agreement has a dispute resolution clause.

Some of the region's leading critical communications and public safety experts will feature...