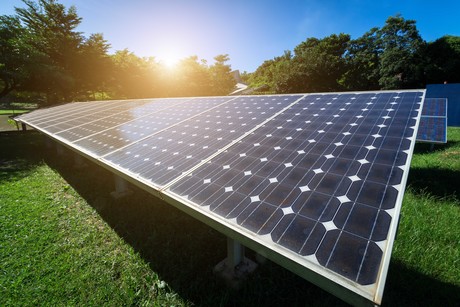 Australian PV scientist and Founder of Suntech Power Dr Zhengrong Shi has been recognised for his efforts to advance the renewable energy industry with an international award.

The Abdullah Bin Hamad Al-Attiyah International Energy Awards acknowledge individuals who have made an exceptional impact on the energy industry throughout their career.

Shi recently won the Lifetime Achievement for the Advancement of Renewable Energy for his vision, innovation and contribution to power the world’s future through solar energy. It recognises Suntech Power’s role in reducing the costs of photovoltaic (PV) panels worldwide.

“I feel very accomplished as I received this award in the empire of oil. This means PV is changing the dominant role of fossil fuel in energy industry,” said Shi, who is currently a Senior Tenure Professor at the University of New South Wales, with a research portfolio including 60 patents and 100 published papers.

Shi has received numerous other awards throughout his career, including PVSEC excellent contribution award in 2005, Zayed Future Energy Award in 2010 and the Murphy & Spitz Global Leader Award in 2011.

Over the last few years, he has continued his innovations in PV technology with Australian company SunMan, which has developed a glass-free, lightweight, thin and flexible ‘PV skin’ product.

Weighing a fraction of conventional solar panels, but with a similar output per area, this technology expands PV applications to lightweight structures, building integrated PV, mobile power generators and so on. It has been successfully launched in Australia, Japan, China and Europe.

ABB partners with A1 Electric Motors

A digital partnership has been secured between ABB and A1 Electric Motors.

The winners of the inaugural Australian Tradie of the Year Awards 2020 have been announced.

A recent survey showing the impact of COVID-19 on electrical contractors has revealed that 59%...