Does the IoT make us more vulnerable to ransomware? 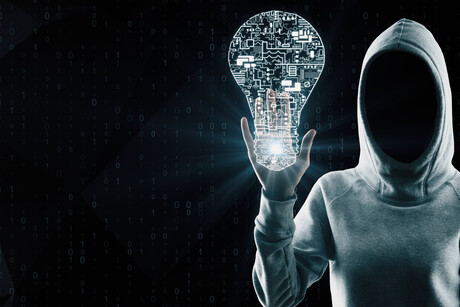 When a Las Vegas casino was recently hacked via the smart thermometer in its aquarium, it exposed the extent to which the Internet of Things heightens our vulnerability to cybercrime. John Young explains why the rising threat of ransomware is even more of a threat to businesses that rely on connected devices.

Ransomware is a type of malicious software that blocks access to a computer device or the data stored on it until a ransom is paid. Individuals and businesses often pay up out of desperation. A recent report by security company SonicWall found a 20% increase in ransomware in the first half of 2020.

There are many high-profile examples of companies large and small facing crippling ransomware attacks. In 2019, global aluminium producer Norsk Hydro faced a severe attack which hit 22,000 computers across 170 sites in 40 different countries.

The business’s files were encrypted and production ground to a halt. Older workers came out of retirement to help the company run its production line in a more old-fashioned way as normal production was completely disrupted and staff were forced to rely on pen and paper.

In this instance, the company took the bold step of publicising the situation and refusing to pay, but many more succumb to the demands of the hackers. Many companies secretly pay out. In fact, some companies have even emerged to specialise in negotiating payouts between victims and hackers, a phenomenon that illustrates the worrying rise in this type of crime.

There is much variation within the region. Developing countries like Vietnam, Sri Lanka and Indonesia were disproportionately affected. Countries that have lower rates of piracy and higher levels of what the report described as ‘cyber hygiene’ saw much lower threat rates. Japan, Australia and New Zealand fell into this category.

The Industrial Internet of Things (IIoT) is revolutionising the way many industries operate. There was some hope that connected devices would be less vulnerable to ransomware attacks. Firstly, most data from the devices will be stored in the cloud and secondly, the uniqueness of many IoT devices creates a challenge for hackers who are looking to make as much money for as little effort as possible.

Unfortunately, many cyber experts are warning that the opposite is the case. For all its transformative potential, the IoT makes us more vulnerable to ransomware. Locking personal data is less harmful than turning off the power completely. Production lines could be switched off and businesses forced to pay out bitcoins to prevent the spiralling costs of unplanned downtime.

In most cases, we are only as strong as the weakest link in our defence. A Las Vegas casino was recently hacked via the smart thermometer in its aquarium. Extreme examples like this are rare, but as more and more devices become connected, the potential entry points for malicious software are growing.

The good news is that you are probably not going to be hacked by your fish tank. The bad news is that there is no obvious or easy solution to this problem. Manufacturers should make sure any uptake in IoT technologies is met with a corresponding emphasis on security and practising good cyber hygiene. For more info, visit the EU Automation Knowledge Hub.

How do residents understand and interact with the new technologies presented by smart cities?