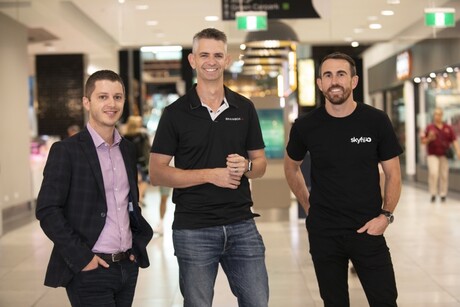 “Now more than ever, building owners and operators are looking for ways to improve the performance and efficiency of their buildings,” said John Rankin, Chief Operating Officer at Skyfii.

“By utilising Skyfii’s OccupancyNow tool and the direct integration with BrainBox AI, building owners can now measure occupancy of their building in real time to drive greater efficiency and reductions in energy consumption,” he said.

“Artificial intelligence is powered by high-quality data; the more data an engine such as BrainBox AI’s can receive, the more precise it will be in the actions it takes to save energy and improve occupant comfort,” said Jean-Simon Venne, Chief Technology Officer and co-founder at BrainBox AI.

“The addition of Skyfii’s historical and real-time occupancy data is expected to improve the results generated by our technology.”

The first beneficiary of this partnership will be AMP Capital, who announced in October 2020 the deployment of BrainBox AI’s artificial intelligence technology throughout its entire real estate portfolio. Having already deployed Skyfii’s visitor intelligence tools in a handful of its retail facilities, AMP Capital  will be leveraging its investment by utilising this occupancy tracking and pattern data to improve the decision-making made by the BrainBox AI engine, which is expected to lead to higher energy savings and a reduced carbon footprint. AMP Capital’s Macquarie Centre, a 135,000 m2 shopping mall located in north-west Sydney, will be the first site to benefit from the cutting-age technology partnership.

“The out-of-the-box integration between Skyfii and BrainBox AI forms part of our PropTech ecosystem, allowing us to drive those efforts further, and we’re proud to be the first portfolio in the Asia–Pacific region to benefit.”

4 Parramatta Square has secured the prestigious six-star NABERS Energy rating, making it one of...

Three Australian projects are among the finalists for the KNX Awards 2022, including youth...