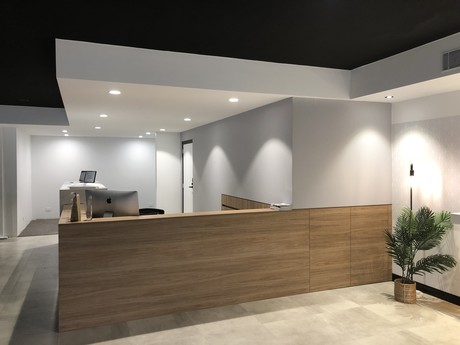 A growing number of businesses are turning to retrofit options to improve energy efficiency, reduce costs and, essentially, convert premises into smart buildings. Property owners are often limited by a building’s age, rigid structure or potential disruption to tenants, but an innovative technology is allowing any existing building to become a smart building.

Syncromesh from Cognian is a wireless canopy that enables building owners to quickly and simply add a range of building management solutions to lower a building’s carbon footprint and reduce energy costs.

Commercial building 616 Harris Street is located in Sydney’s CBD. Converted to commercial premises in 1949, the building’s third level contained old fluorescent lights, controlled by one main switch with no dimming or sensor controls. Owner Michael Herrman needed to update the space to make it more attractive to tenants. As part of the upgrade, new LED luminaires could replace the fluorescent lights, but the entire floor was switched as one area, so switching to separately controlled zones would mean costly rewiring.

Herrman contacted Cognian to discuss its Syncromesh wireless solution. Using the existing electrical cables, the old surface-mounted fluorescent light fittings were replaced one for one with dimmable Syncromesh LED luminaires, made in partnership with Australume. Not having to rewire the floor plate meant that Herman saved on costs and installation time. Also, occupancy sensors did not require separate wiring or installation, as the luminaires included sensors.

A new tenant to Level 3, a business education provider, modified the floor design by removing and adding walls to create classrooms. Syncromesh enabled the LEDs to be programmed to suit multiple classrooms, a reception, offices and common areas.

Using the smart canopy, all luminaires in a room can be wirelessly linked together using the Syncromesh BaseBuild App, to act as one zone. A sensor at each light gives a broad sensor coverage across the classrooms.

The lighting in both toilets was also upgraded to non-dimmable LED downlights. Using the BaseBuild App, the common areas were virtually rewired to match the tenant’s design. The combined installation took less than one day to install and program.

Where previously all areas were permanently powered during the day each area now has sensor-driven lighting. When a room is vacant, the luminaires automatically turn off or automatically turn on when a person enters the room. The classroom lights dim when a projector is in use.

The sensor lights in the multiple classrooms link together to ensure corridors and common areas stay lit while students occupy the classrooms.

Pierlite has launched the Aether LED Troffer, a UV-C/HEPA air-purifying luminaire designed to...

The IPPC Series includes heavy-duty panel PCs that are suited to industrial activity, including...