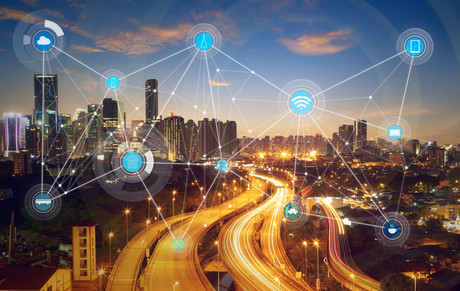 Construction of the $10 million Switching on Darwin smart city project has been completed, including 912 CBD streetlights being upgraded to LED smart lighting. The project has now moved to the implementation and testing stage, and a fully integrated system is expected to be available by the end of June.

The project was jointly funded by the federal government — which contributed half its budget, as well as the Northern Territory Government and the city council, which provided $2.5 million each.

The LED streetlights have been deployed throughout the CBD to decrease costs and reduce electricity consumption by around 50%. The new lights can be adjusted to help deter crime and sense changes to light levels, and they will give the city the flexibility to tailor lighting for events and activities being held in the CBD.

As part of the project, 138 new CCTV cameras will be installed across the CBD. The locations for the new CCTV camera network were planned in conjunction with NT Police, and will be used by the police force as additional operational tools.

As well as seeking to improve community safety, the cameras will be used for purposes including tracking pedestrian movement, in order to provide data analytics to inform future city and community safety planning.

The CCTV system being installed for the project will not include facial recognition technology, the use of which by city police and government agencies is becoming increasingly controversial — the City of San Francisco last month became the first major US city to ban its use for these purposes. The City of Darwin has pledged to introduce ‘appropriate policies and guidelines’ to act as additional privacy protections.

The city’s free Wi-Fi network has also been expanded with 39 new hotspots, and 24 environmental sensors are being deployed in the CBD and other key areas to measure a range of environmental factors including rainfall levels, as well as CO2, ozone, nitrogen oxide, dust and noise levels.

This data will be compiled into a dashboard and be analysed by the city, and will be made available at no cost to other organisations on request, with key data posted online on the city website.

Other initiatives under the project included the deployment of smart sensors for vehicle and pedestrian movement analysis, and smart parking technology.

The city expects the project to enable it to deliver improved and more efficient council services. Providing analytics data to the community and private sector is also expected to stimulate data innovation.

“We now have the tools to improve the livability of our city, the delivery of services to our community and to better understanding our local environment.”

What technologies are available for facility managers to ensure that buildings can be monitored...

Smart homes need to get smarter on energy use

The average 'smart home' in Australia just isn't that clever.